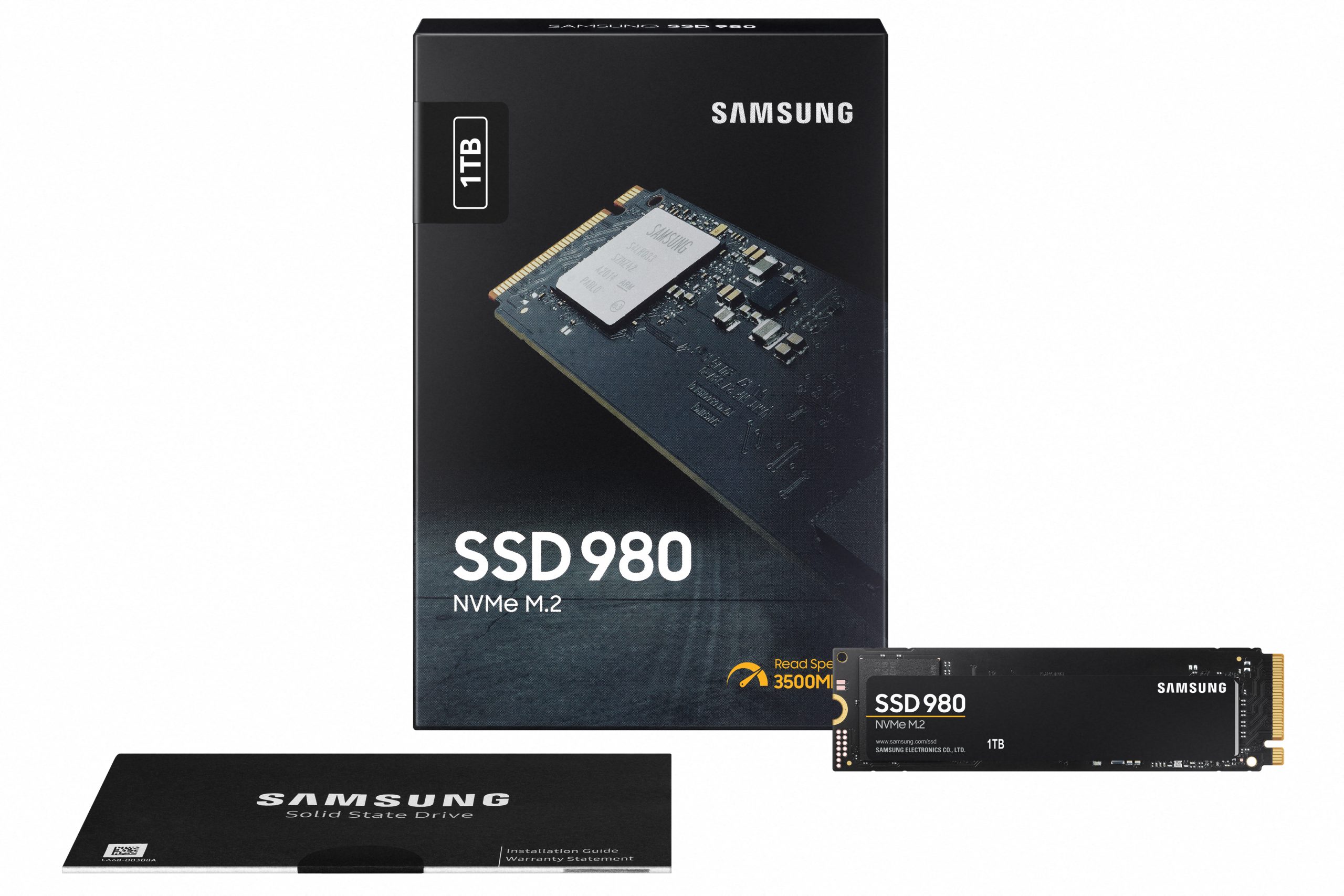 “Through both hardware and software innovations, our new 980 SSD brings greater value without compromising the high-end NVMe performance,” said KyuYoung Lee, vice president of Memory Brand Product Business team at Samsung. “The 980 offers an excellent blend of speed, power efficiency and reliability, making it suitable for everyday PC users and gamers as well as content creators.”

Previously, DRAM-less designs have presented a disadvantage in speed without the short-term memory at hand for fast access to data. Samsung’s 980 utilizes Host Memory Buffer (HMB) technology, which links the drive directly to the host processor’s DRAM to overcome any performance drawbacks. This technology, coupled with the company’s latest sixth-generation V-NAND as well as optimized controller and firmware, enables the 980 to provide NVMe performance with six times the speed of SATA SSDs. Sequential read and write speeds come in at up to 3,500 and 3,000 MB/s, while random read and write performances are rated as high as 500K IOPS and 480K IOPS[3], respectively.

Additionally, consumers will no longer have to worry about their drive overheating, thanks to its advanced thermal designs. Users can enjoy stable and reliable performance even during prolonged use thanks to the same Dynamic Thermal Guard technology, nickel-coated controller and heat spreader label solutions available in Samsung’s high-end 980 series.

The SSD also features improved power efficiency of up to 56% when compared to the previous 970 EVO, allowing laptop users to better manage power usage.